This is a painting (soft pastels) recently completed of a beautiful dog named Suzanna.  She lives in another state so the painting was created by using photos supplied by Suzanna's owner.

The primary reference photo is shown below.   It was not necessary to show all of what was in the photo.   Sometimes less is more.   My goal was for the viewer to rest their focus on Suzanna's face.  There were other photos considered, but we collectively kept coming back to this one.    I understand she is the family clown.    One thing is for sure, she a beautiful girl. 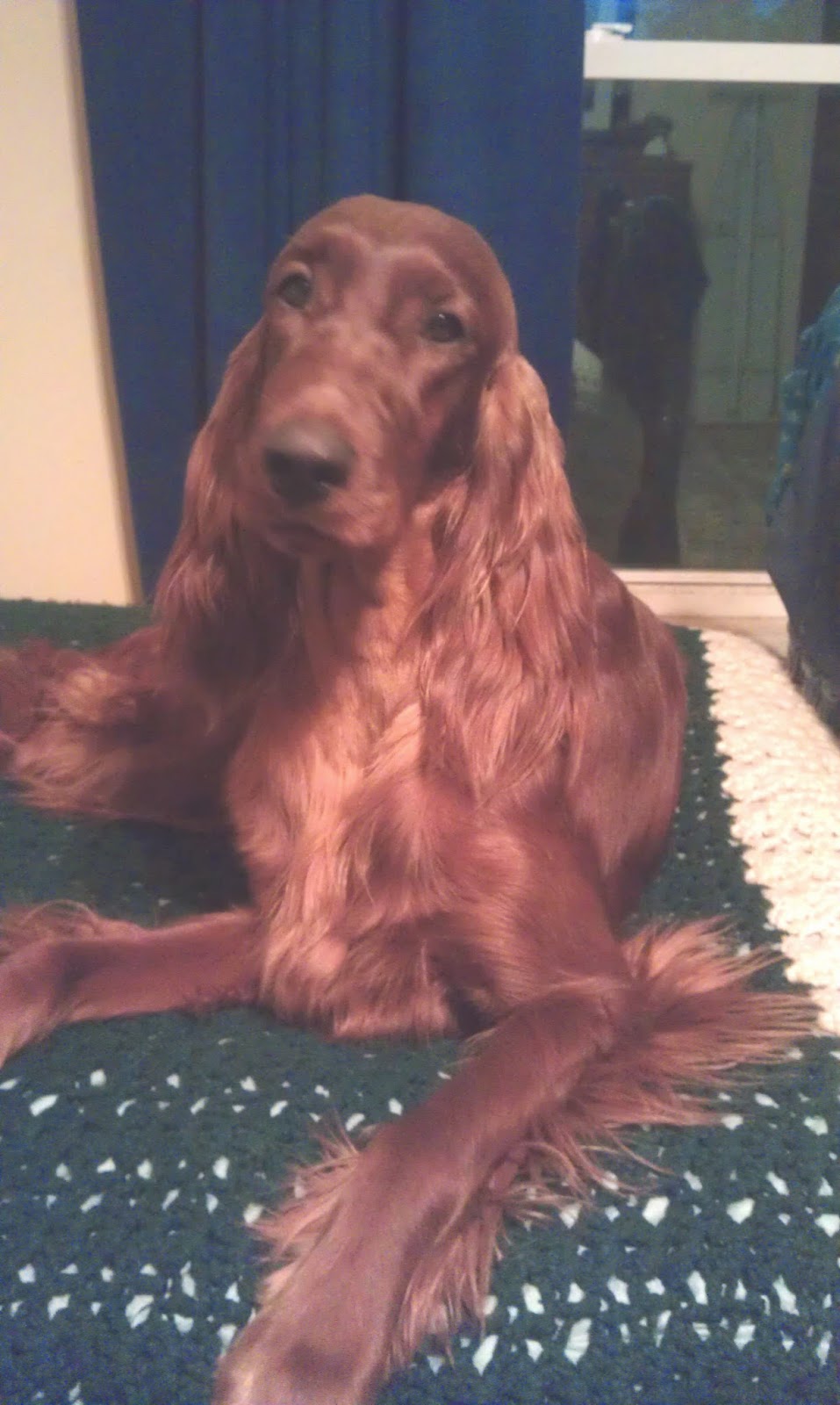 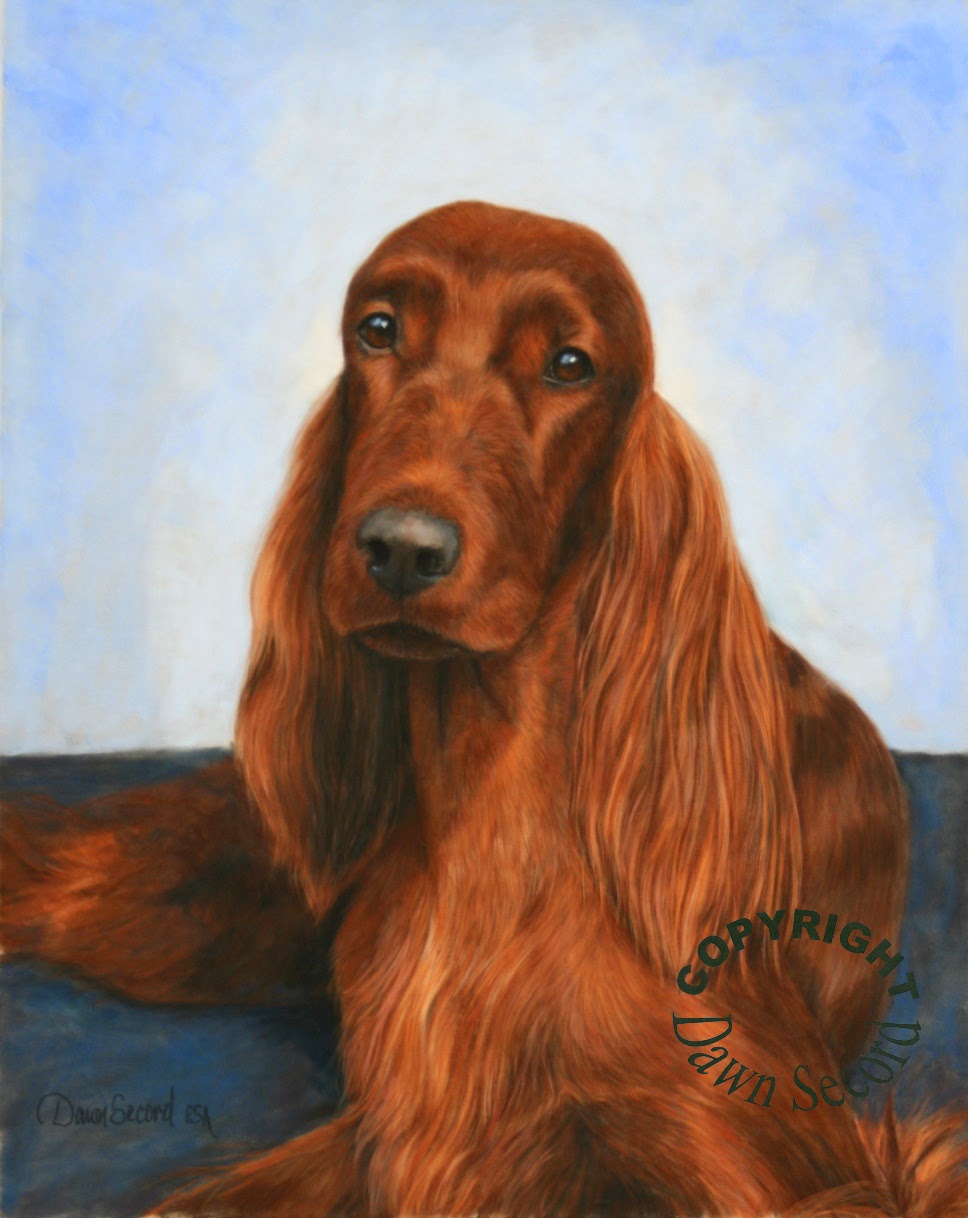 Thank you to Suzanna's family for trusting me with creating this special painting for them.
Posted by Dawn Secord at 12:06 PM No comments:

The "Treasure" litter is 18 months old

Time flies by so quickly.   Our pups are now 18+ months old.  The owners have been kind enough to keep us in their lives and send us photos regularly.

The dogs' website has updated photos of each pup.

Click on the photo of Hannah below if you'd like to see the pups at this point in their lives. 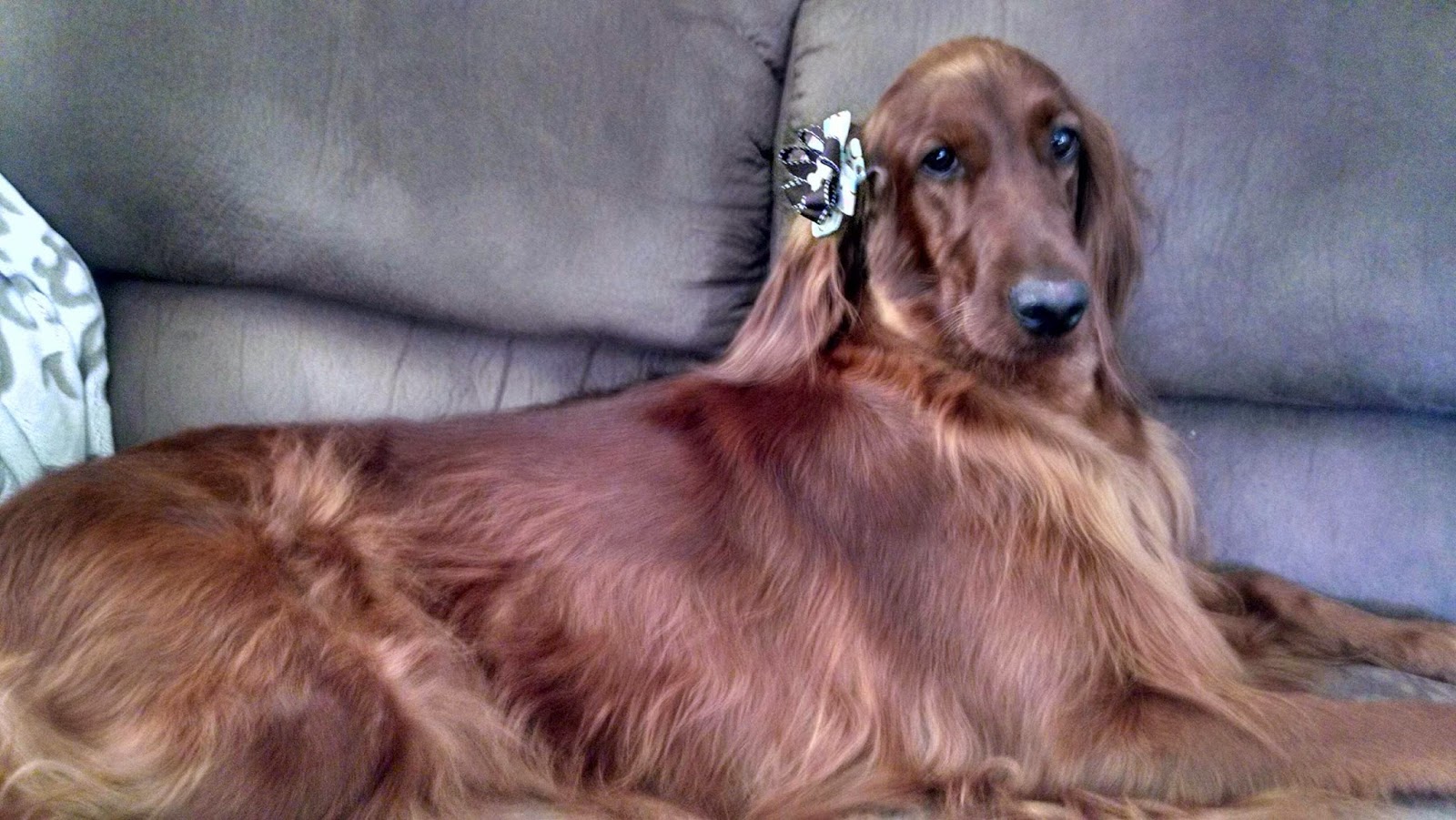 I've been working on a few commissions at the same time (those of you who know me well are laughing).   Doing so allows me to keep a fresh eye on the bigger pieces due to the hours involved in completing them.  I switch back and forth between the paintings.   That way, my eye is fresh and the little things that could have been overlooked are not. 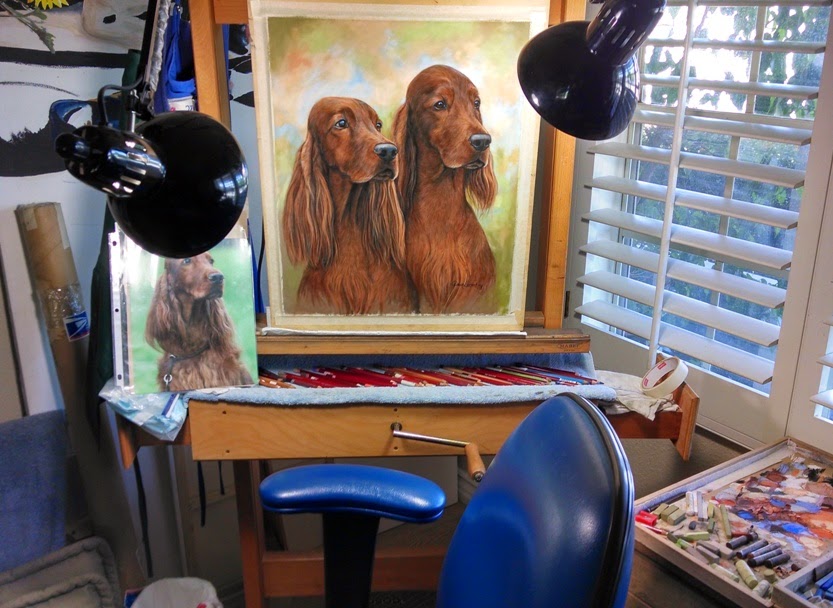 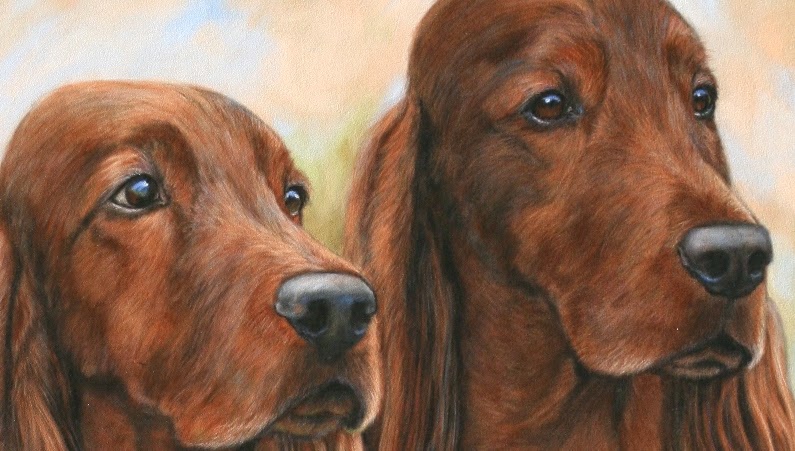 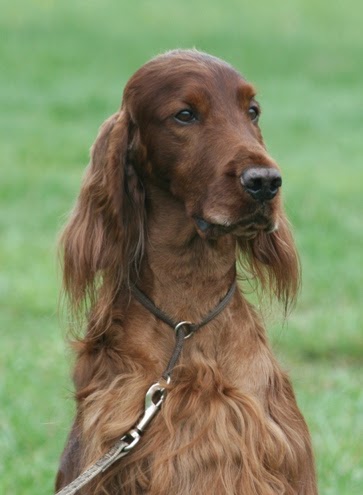 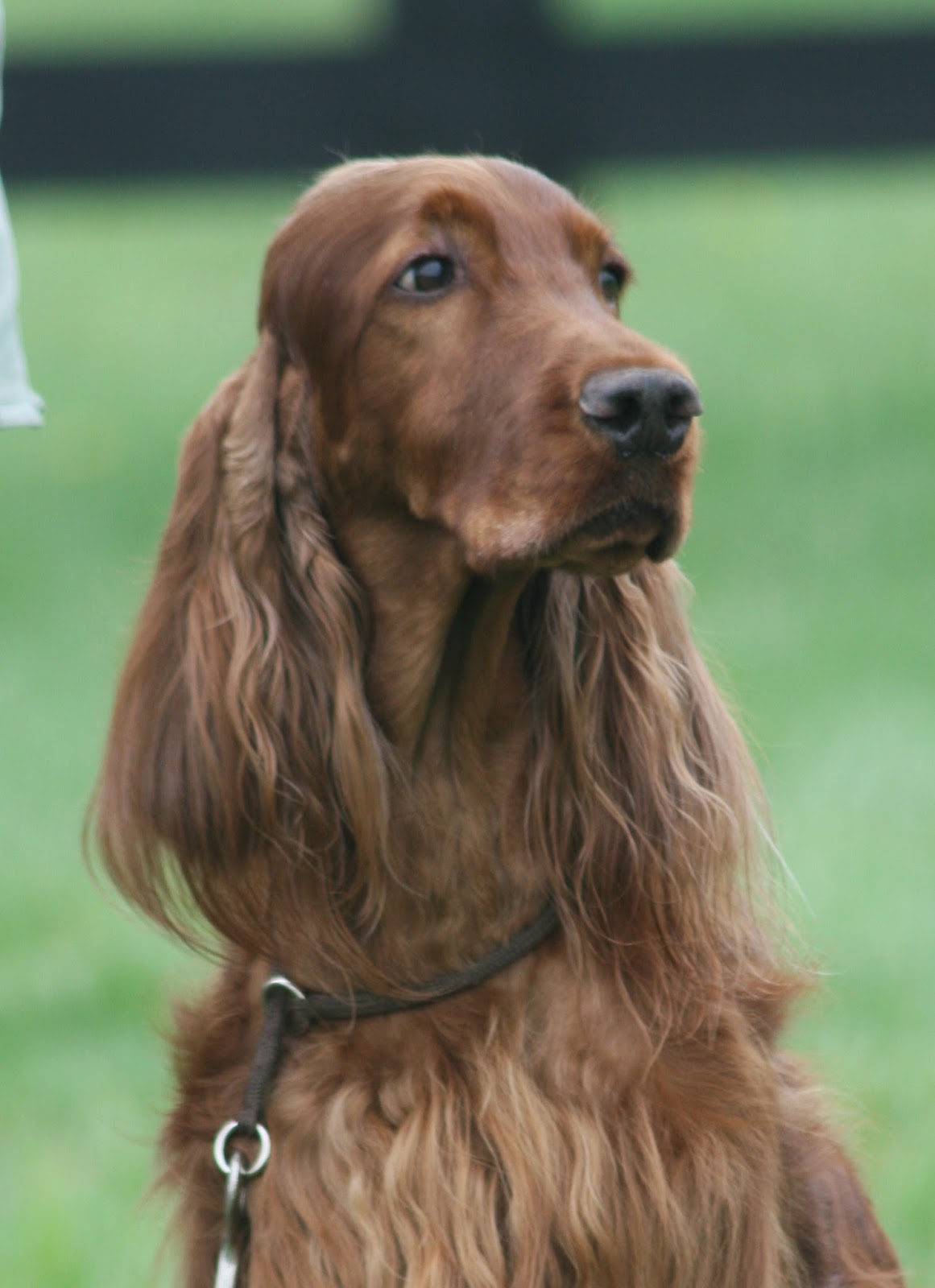 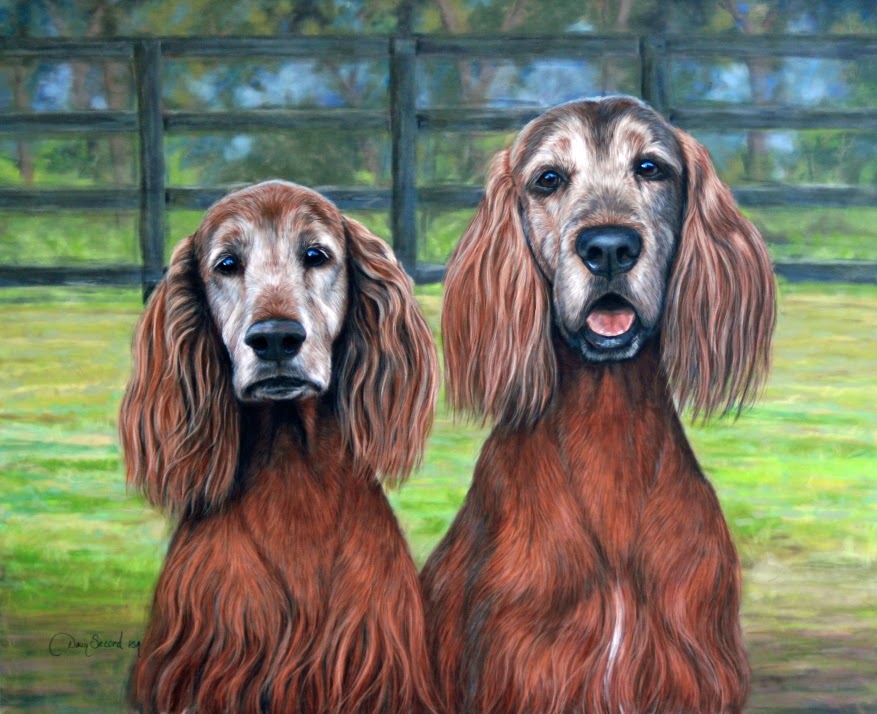 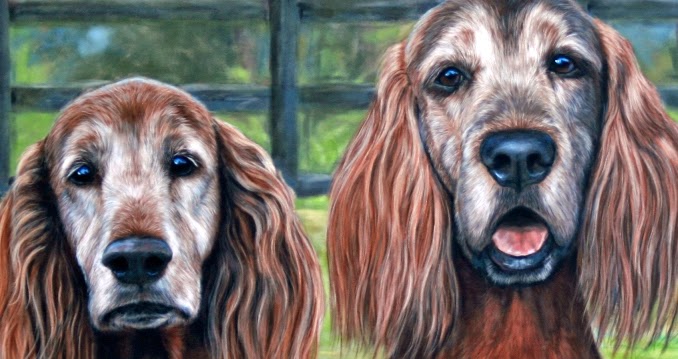 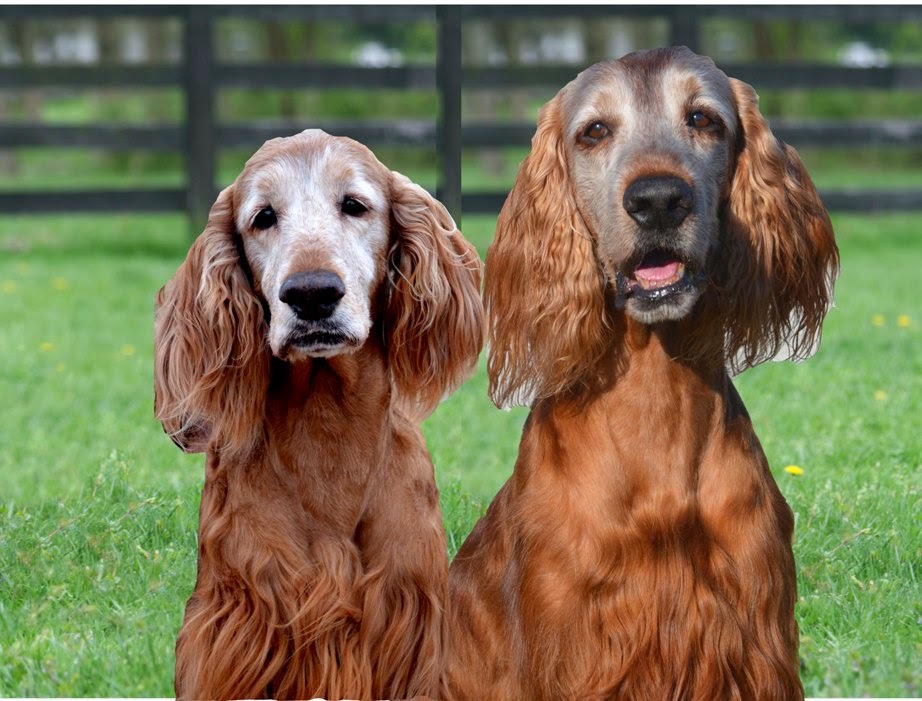 It has been fun to see the dogs and get to know all four of them.   Tragically, one of the dogs passed just a few weeks before the painting was completed.  He was a senior dog - but had been quite healthy.   His illness came on quickly and there was nothing his owner could do but say goodbye.   I was going to be working on his painting at the Irish Setter National.   It was heartbreaking to show his painting to his owner.   She was prepared for it and handled it better than expected.   She said the painting has kept her boy, Romance, close to her and is thankful she had it done.

The above photos are the finished paintings and the reference photos supplied for the paintings.   The first pair of litter mates is Magic and Lincoln.   The second pair is Shevy and Romance.

Thank you to the owners of these dogs for entrusting me with such special projects.
Posted by Dawn Secord at 8:46 PM No comments:

Bling at the Irish Setter Club of America National Specialty 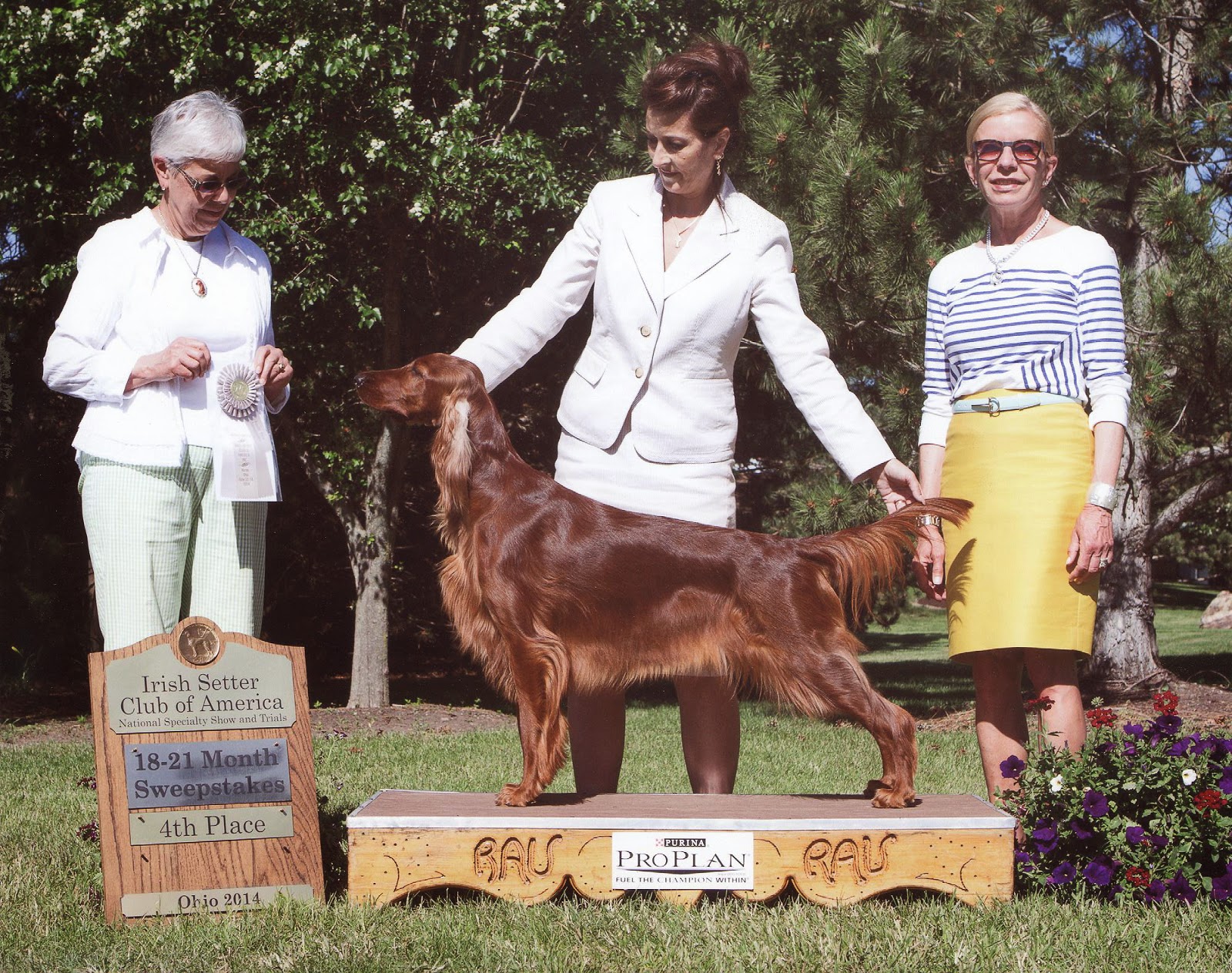 Posted by Dawn Secord at 9:50 AM No comments: