"Show Dogs Escape to the Seashore" by Marsha Hall Brown

For those who know me well, you know I've been creating illustrations for a childrens' book written by AKC judge and dog writer, Marsha Hall Brown.

The book is finished and is in the editing / copyright stages.

The dogs in the ring and the dogs in the gallery cry out in dismay, hoping to stop the imposter by alerting the attention of the show officials. Who is this intruder? Who ruined the show?
I can't wait to share the illustrations with you.   It has been such a fun experience and I've found a love for illustrating that I didn't expect.   There is a whole new element of creativity that has been found in my journey as an artist.

This is Chelsea - a beautiful English Setter.   My journey with her owners began with a painting of her house mate, Tate.   I was commissioned to paint him a while back.   His owners were so happy with his painting they decided they wanted a matching painting of Chelsea.

Since we do not live in the same area, they provided me with a photograph of Chelsea.   I'd been fortunate to meet Tate and personally photograph him for his painting (always love when that happens!)

Hope you enjoy the paintings - I sure enjoyed painting them!!
Posted by Dawn Secord at 9:46 AM No comments:

There are new greeting cards available on my website at http://dawnsecord.homestead.com/GreetingCards.html

The cards feature two Irish Setters in the field on point.   This artwork is also available in a limited edition print.

The cards are blank inside and packages include 8 cards and 8 envelopes.  The packages are $15.00.

Have a great day! 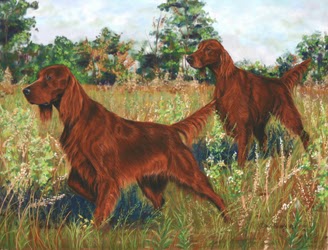 Posted by Dawn Secord at 6:32 PM No comments:

Coonie was a very special girl.   Her owner, Tracy, was explaining their relationship to me and how close they were.  During the conversation I said to her, "Coonie sounds like she was your velcro dog."  We are very fortunate when we have that special relationship with a dog - where they are so close to you it is almost like you are one.   Jewel was my velcro dog.

Tracy and I understood each other.   The loss of a velcro dog is heart wrenching.   No words are needed, you just understand.

There were only two reference photos for Coonie's portrait.  One was measurably more clear in detail than the other.   The better of the two photos had a view which was looking almost straight down on Coonie.  This was an angle I'd not painted.   The reference photo was over exposed so the colors on Coonie were a bit washed out.  The second photo was the one I used to capture the correct coloring of Coonie.

Tracy and her husband are "horse people" and we decided we would add some equine related objects to Coonie's portrait.   They took a number of photos of items in their horse arena.   It took me days to decide which item or items would be used in the painting.

The boots are placed strategically so the viewer understands we are looking down on the dog.   Their height and shading add a feeling of dimension.  The headstall is flat with the brow band raised so again, you understand the view point is down.  The detail in the headstall was minimized so that item does not steal the focal point which belongs to Coonie.  The reins were placed under Coonie's front paws to assist in achieving the view of looking down on the subjects.

If you look closely into Coonie's eyes you can see Tracy taking the photo of her.   That is generally the most important part of my paintings - the eyes (unless the painting features a sleeping animal etc).   A great deal of time was spent on Coonie's eyes.   If the eyes are not right, the painting won't be right. 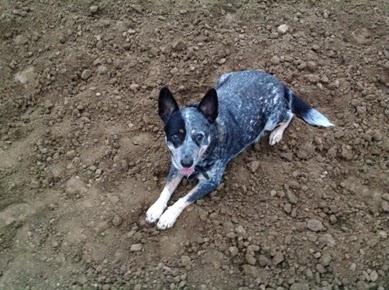 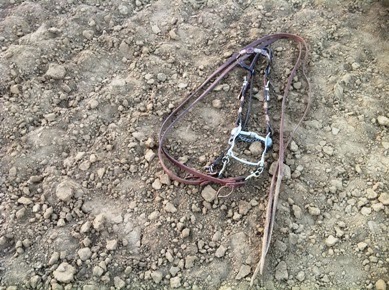 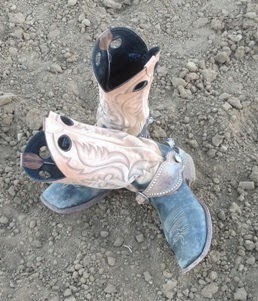 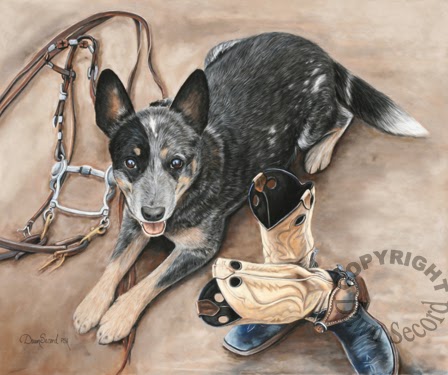 It is always so special to paint a persons animals.  Thank you to Tracy for the choosing me to paint her special velcro girl.
Posted by Dawn Secord at 5:55 PM No comments: