A Second Painting of Finn

This is another commission of Finn. The first one I did was the recent post of Finn on point for his owner. She had commissioned me to do a second painting, a head study, for her which was to be a gift to be given to Finn's breeders. 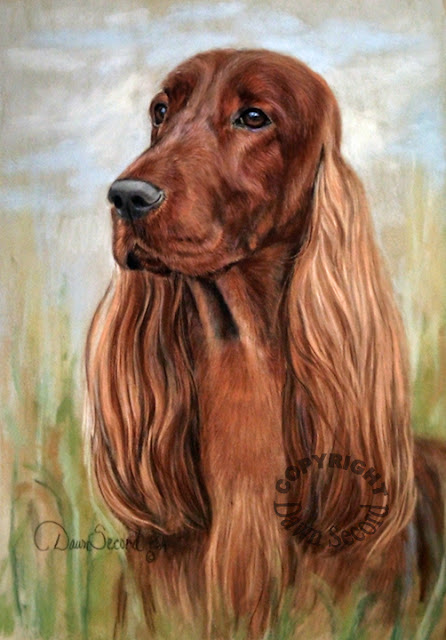 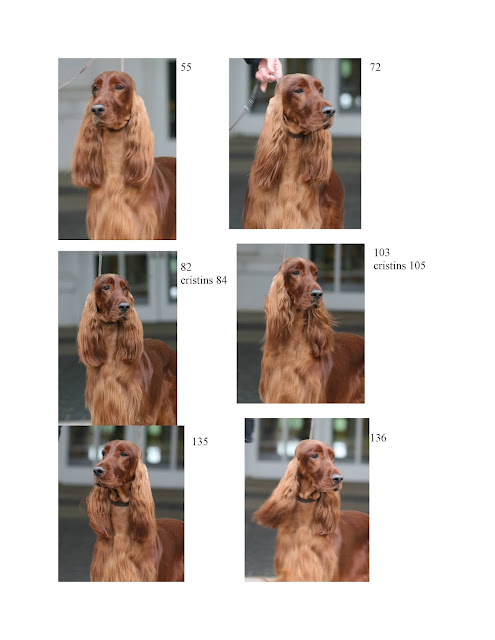 The second painting was finished and shipped as a surprise to the recipients, Helen and Walt. I asked Cristin to share a little bit about Finn's breeders and Finn. Here is her story, I met Helen and Walt about 5 or so years ago when I decided it was time for another big red dog in my life. Helen had a litter of puppies that I went down to see as well as her kennels. Unfortunately, all the puppies were spoken for so I had to be placed on the waiting list for the next litter. About a year later, the new litter had arrived. I went down to see all the puppies and actually thought I'd want Finn's brother as Finn was just the sleepy less active one and his brother was up and all over the place. Little did I know Finn was just fooling me that day as he has certainly lived up to rollicking side of the breed description. From then forward Helen and Walt have been wonderful friends. They introduced us to the show world as well as the field and have taught me lots about the breed. So as Finn was the reason I got to know Helen and Walt, as Finn adores them both, and lastly since he was her first grand champion I decided to have his portrait done for her as a thank you for my lovely boy and the years of friendship.
Thank you Cristin for having me paint your special boy.  It was my pleasure!!
Posted by Dawn Secord at 10:16 PM No comments: