I have had the pleasure of seeing Kristopher in the ring and out of the ring for a number of years now.   He is a lovely dog with a kind heart.

When his owner approached me to ask me to paint him, I was thrilled.  I love painting.   It is always an honor to paint for someone. 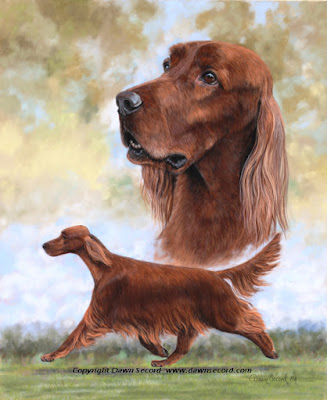 So, we took some photos and then came the tough job of picking which photos best reflected the true Kristopher.  Below are the reference photos.   The head study photo I took.  The movement shot was done by the official show photographer (who was quite kind and permitted me to use her photo for this painting.)   Thank you to Dale for trusting me with her boy.

Here is what Kristopher's owner told me about him:


Kristopher is a once in a lifetime dog.. He has accomplished so much more than I had ever
hoped for. The thrill of winning the breed at Westminster was overwhelming.  He has continued his winning ways by taking back to back specialties in Seattle this past weekend and on to a group 2 at the all breed show on Sunday.  He now has 12 Specialty wins and has won it 5 times in Seattle.
He also has 3 champion offspring and 6 more are pointed.  His youngest boy took a 5 point major in Seattle at 15 months at only his 3rd show. He is aging well and looks so distinquished with his graying muzzle.  I am so very proud of this dog.. I co-bred this litter with Ginny Swanson and it is a miracle that he is even here. When the litter was 7 weeks old they contracted parvo.  Kristopher was one of the sickest, the vet did not expect him to make it but he had a tremendous will to live and look at him now. In fact the whole litter survived to the amazement of the vet.  He is a Silver Grand Champion and close to getting his gold.  That will be a nice end to his career. 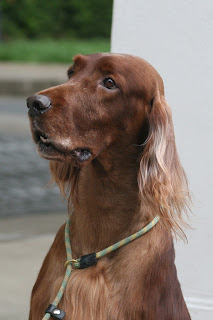 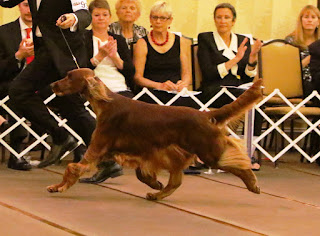