It is always so wonderful when the owner of the dog in my paintings wants to personally share their story about their pet. Sometimes, it is just too emotional. When I was commissioned to paint Cady, a number of referenced photos were supplied. The photos had Cady as a pup,different fun family photos and then some photos of her shortly before 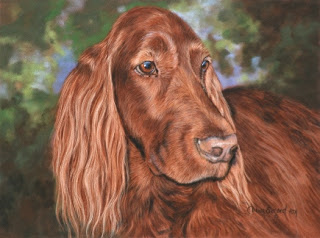 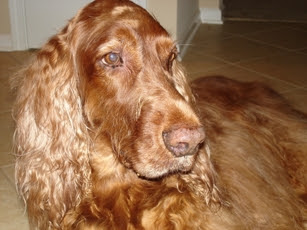 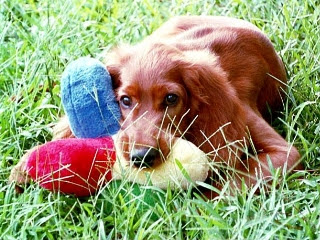 she was lost. Cady was 7 when she left her family prematurely. That is so incredibly unfair. In discussing Cady's photos with her family, collectively it was decided to use one of those last photos. I thank her family for the honor of painting her and hope the painting keeps Cady close to their hearts. Here is Cady's story: Cady came into my life and heart on June 2, 2001 at the very young age of 7 weeks….it was love at first site. She was just a roly poly of red fur with the biggest paws I had ever seen. I should have known she was going to be a big girl. She sat in my lap all the way home from Easley, South Carolina and thus began our extremely close bond and love. It was obvious from the beginning that Cady was extremely smart and strong willed. In just a few short months I would be so glad to see that strong will. Through Cady’s puppyhood, we spent almost every moment together….she was my shadow from the very beginning to the end. Cady was regal, she was sweet, she had an old soul, and was oh so smart. I mean scary smart. Cady loved everyone she met and everyone loved her. If I told her she couldn’t do something she would look at me and you could see her thinking it through. Cady was definitely stubborn and had a sense of what was fair. If I had to choose one word to describe Cady it would be “love”. When you looked into her beautiful brown eyes, you could see the love Cady had in her huge heart. Sometime during the night of July 24 or early morning of July 25,2008, Cady developed bloat and passed away. What do I miss the most about Cady? Everything! Her beauty, her clown-like personality, her intelligence, her sweetness, her jumping around like a frog playfulness, her Chewbaka talks, her barks, her always being in the way when I was in the kitchen, counter surfing, hogging the couch and bed, her cuddles, her presence…..but most of all her love. Cady was one very special Irish girl who will be loved and missed until our joyful reunion at Rainbow Bridge. Cadybug…..you are my heart…..

﻿The dogs featured here are Rowdy, Speck and Hero.   I had met their owners at a hunt test.   They saw me taking photos of dogs and came over to see what I was doing.   Ultimately, they commissioned me to paint the two dogs with them.   One of the dogs in the painting, Rowdy, had passed some time ago.   I photographed Speck and Hero for the painting.   Rowdy was an American Brittany.  Speck and Hero are French Brittanies.   Looking at the painting, you can see the differences in head shape and muzzle length.   I love watching dogs in the field working and doing the job they were bred to do. 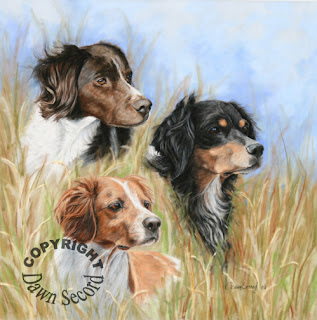 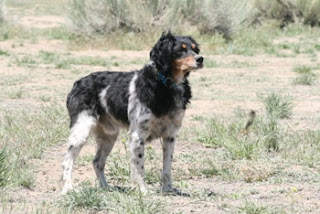 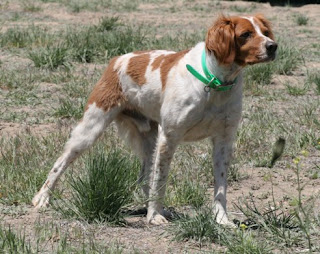 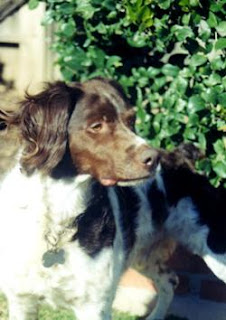 Posted by Dawn Secord at 7:43 PM No comments: